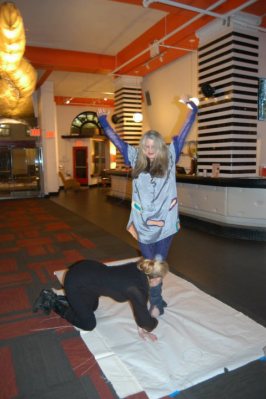 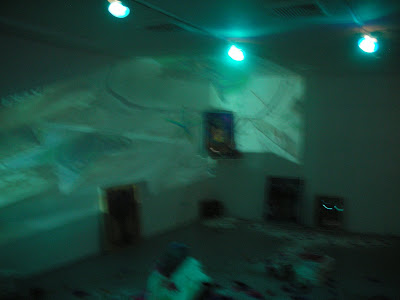 Wednesday’s performance was early, to celebrate the FULL MOON, exact at 3:45. You manifested the magic before the ceremony took GEMINI off the floor and onto the gallery windows. You covered the third window covered with manuscripts chronicling the struggle to reach the conjunctio –to raise the kundalini power through the body to the third eye of knowledge and insight. Gemini is ruled by Mercury, patron of alchemy. This is the unknown ingredient in alchemy which causes us to lose our minds so we may open them to an entirely new manner of seeing. AIR rules the Sixth Chakra, the Third Eye of
enlightenment. 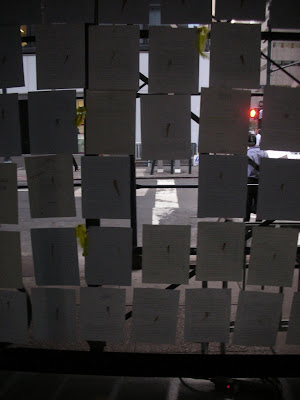 The Gemini phase of the Venus cycle originated the transformation of desire into a literary art form. The book that started the cycle was EROS YOU BURN ME! Eros does burn. Indeed. It is the kundalini energy. In EROS, initiated with the Venus rising of June 20, 1988, you organized the alchemy of love into elements: FIRE, WATER, EARTH and AIR.

For the next cycle, in an attempt to alchemize your talent into gold, you developed a new form, the mystical romance novel. Here you made the leap into commercial fiction, dividing your personality into three characters: Alex, Cybele and Ana, short for Inanna. You got a call from an agent named NETI, the name of the gatekeeper on Inanna’s journey to and from the Underworld. This made you so overjoyed you could hardly speak from excitement. But perhaps she picked up on your eagerness and viewed it as unprofessional and pulled back. So you remained intrigued by the synchronicity of her name and took it as a sign that it wasn’t yet time to go public with THE EXPERIMENT.

In the last cycle, begun June 14, 2004, you invented yet another new form: the seven layered journey of the kundalini in the body. You distilled your love affairs into transformation agents, allowing Mercury to accompany the Goddess through the body as you absorbed the meaning behind each connection. It began with your early experience of the HIEROS GAMOS, your suitor from the capitol city nearest to the clouds and ended with the East Village icon, which brought you full circle to the origin of the ARIES fire generated by your first novel, CHAMPAGNE TANGO, described as overheated by more than one editor!

Before yesterday’s ceremony, however, you went into LILLY’s, the hotel restaurant named for the purest of flowers, and met a journalist who asked for an interview. She was from the Boston Globe, doing a report on the New York reaction to the Iranian leader. Ahhhh, you say. He is a media creation. The tabloids made him a bull’s eye and he is relishing his role as scapegoat. He is playing the role of the shadow that we refuse to face in ourselves, the U.S. that is guzzling the world’s precious resources to maintain ever-expanding appetite for material wealth. This polarization between the opposites goes back to the cowboys and Indians and it is keeping us from being whole. She says, you know more than most Americans.

Last week, or so, you wrote the review of Thomas McEvilly's THE TRIUMPH OF ANTI-ART: Conceptual and Performance Art in the Formation of Post-Modernism,which interpreted the parallel trajectory of Performance and Conceptual art through the late 20th century. In your view, the parallel converged with a dastardly stunt by trickster Mark Kostabi, self-made media creation to undermine the critical mechanism while luring them into the culture's celebrity obsession. http://en.wikipedia.org/wiki/Title_This

And so, you have set out in a bold new direction. You bare your soul on the pages of the manuscripts that sat for years in your mother’s attic. You now bare them in the window in the form of a spiral. In the center you place the rejection slips. Despite this suited gentleman standing about four feet from you reading a rejection, feeling ever more protected as you progressively cover the gallery walls with the transparency of your struggle. It takes great innocence and great skill to write in a manner that guides the course of your life. Aquavit, the Water of Life flowing onto the page in the form of a chalice spilling your words. 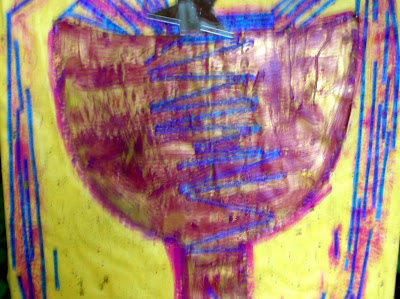 Long before the invention of the Internet and digital media, you envisioned your journey with multi-layered images and the Lab has made this dream come true. You have stripped yourself NAKED in order to bring your vision into fruition in the most 21st century manner, the union of Heaven & Earth!!!

The FULL MOON is dancing with delight across your AXIS! 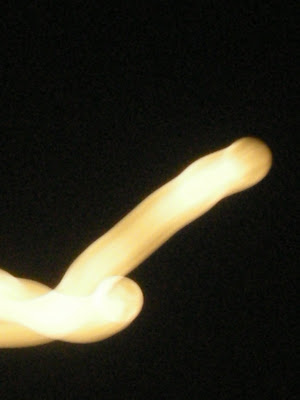 And today you celebrate the reflection of this lunation as your course through the SUBLIMATIO builds steam. You get the word from Ampu this morning that his spiritual father, the African shaman who healed Bill Clinton from his clumsy attempt to bring the CONJUNCTIO into the Oval Office, has been alerted to your experiment and is sending positive virations into the gallery space. So here you have a real life CONJUNCTIO reflected from the writing into AIR in your dance with WIND! You can feel that energy in you now. It feels like it is building a molten layer to your solar plexus, the masculine Chakra that delivers you to a place of power in the world. The preparation for tonight’s ceremony celebrating GOLD!!!
Posted by Lisa Paul Streitfeld at 3:41 PM